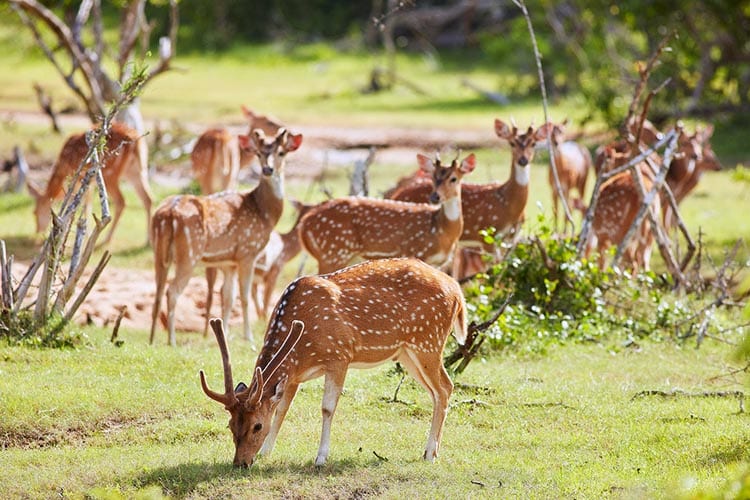 Being a tropical island, Sri-Lanka posses a very rich diversity of wildlife, despite its relatively small land area, viz. 65,610 km2. The wildlife of a country may be taken to include all living things, i.e. fauna, flora and micro-organisms, native to its natural environment. However, to the general public ‘wildlife’ usually means the fauna (animals) and flora (plants). The species richness of both these life forms in Sri-Lanka is significantly high, with also high endemic species diversity.

The reason for this richness is the geological history of Sri-Lanka. Its existence as an island for million years has caused unique life forms to evolve amongst its indigenous species. These forms, restricted to Sri-Lanka and found nowhere else in the world, are known as endemic species of the country. They are distinct from related species in the nearby Indian mainland and elsewhere. All the other indigenous species of fauna and flora in Sri-Lanka are shared with the Indian mainland and /or other countries relatively near. Wildlife Sri Lanka

The forest cover in the country, which gives shelter to most land fauna, is about 23% (or possibly a little less) of the total land area. There are 21 National Parks, 60 Sanctuaries and three Strict Nature Reserves, which have been declared to provide necessary protection to the country’s fauna. These conservation areas, covering over 15% of the country, include its main habitat types such as forests, grasslands and wetlands. In addition, there are also about 200 Forest Reserves mainly for protection of their flora but which also give the necessary protection to their fauna. Wildlife Sri Lanka

Best Things to Do in Sri Lanka

We use cookies to ensure you receive the best experience on our site. If you continue to use this site, you are agreeing to their use. More Info